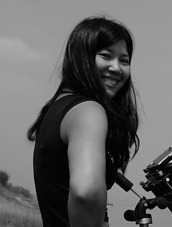 Dr Yan Wang Preston was originally trained in Clinical Medicine in Fudan University, Shanghai, China and worked as an anaesthetist before moving to England in 2005.  Since then she has devoted herself into a career in photography. In 2009 she completed a MA in Photography at Bradford College, Leeds Beckett University, UK. From 2010 and 2018, she completed a practice-based PhD in Photography at the University of Plymouth under the supervision of Professor Jem Southam and Professor Liz Wells.

Alongside her artist career, Dr. Preston lectures in photography at the University of Huddersfield, UK, where she supervises PhD, MRes and BA students. She is also actively engaged in photography research, education and promotion by presenting at conferences, judging photography competitions and giving talks. If you are considering a MRes or PhD with Dr. Preston, please check on this page.

This page is to share Dr. Preston’s PhD thesis with people who are interested in the academic research aspects of the Mother River project.

This thesis examines the politics and characters of such a myth. It also asks with what research methods and visual strategy can landscape photography interrogate The Mother River myth’s complexities. Between 2010 and 2014, the author conducted eight field trips to the Yangtze River. Initially working observationally, it soon became apparent that this method alone was insufficient in reaching an original understanding of the physical and cultural Yangtze landscapes. A series of tactile interventions within the landscapes were then performed and critically evaluated prior to the next phase of the research, in which the entire 6,211 km of the Yangtze River was photographed at precise 100 km intervals. A new body of photographic work titled Mother River was produced as a result. To test its effect in challenging the myth, Mother River has been staged in 12 international exhibitions and printed in one complete catalogue. Over 80,000 people visited the shows in China.

Deep mapping, which combines experiential and contextual research with multi-sensorial emplacement as a key method, emerged from this research process and is argued as a new contribution to the field of photographic research. Meanwhile, the artistic output of this research, Mother River, is the most systematic documentation of the entire river made by one person since the 1840s. Furthermore, it is argued that using the Y Points System as a physical framework and storytelling a visual strategy, Mother River challenges the mythic Yangtze The Mother River with a scale and complexity rarely employed by other photographers.